Winter in Lapland is for real. The vast forests are covered with white, fluffy snow and the temperature stays below zero, for months. Lapland invites you to take part in this great adventure. 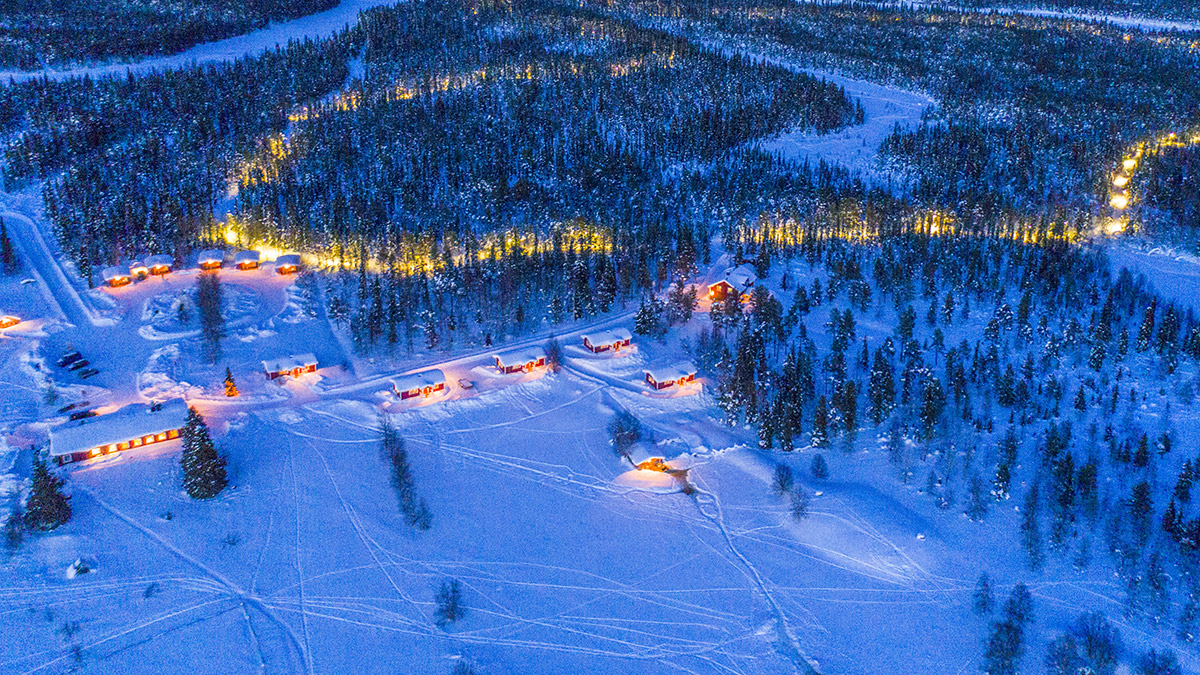 Already in October, the lakes and rivers start freezing. The first snow falls, and lights up the landscape. Soon the snow covers the forests of the Great Taiga, all the frozen lakes and wetlands and the treeless mountains. In November winter has arrived to Lapland. The days get shorter and shorter and when December begins the sun will not come up. For six weeks it stays under the horizon but will, for some hours every day give a magic glow to the landscape. A time called “Kaamos” in Lapland.

Then, just like a whisper from nature, we pass the Winter Solstice, and the sun can be seen again by 10th of January. The days have, without our notice, slowly started to get longer. First as much longer every day as “the step of the ptarmigan” then later on as “the leap of the reindeer”.

Every week we will gain more than one hour of daylight, and in February the life-giving sun will change everything. Already in March the sun stays up longer in Lapland than in Central-Europe, and even if the nights still can be quite cold, the sun will warm during the days.

It is a different world in April compared with January, but they have the snow in common. And the Aurora Borealis, the Northern Lights. They appear on the Lapland sky, and can  be seen from September to April.
Then winter ends and comes winter-spring, and expression in Lapland for the sunny nights of May, and the melting snow. The rivers will break away from their icy bounds. But that is another story.

Please see the pictures in the winter gallery